Welcome to the best RPG fantasy soccer cards game! Become one of the greatest football heroes playing with your dreamteam over the world! Play as a soccer captain and manage your players to win every match! Soccer Heroes is the best fantasy soccer game ever!
0/5 No votes
Report
Developer
1CoinVersion
3.4.2
Updated
June 24, 2020Requirements
4.4 and up
Size
49MGet it on

Soccer Heroes 2020 – RPG Football Manager Welcome to the best RPG fantasy soccer cards game! Become one of the greatest football heroes playing with your dreamteam over the world! Play as a soccer captain and manage your players to win every match! Soccer Heroes is the best fantasy soccer game ever!

Pass, dribble, shoot and goal! Experience real soccer as you create your own football dreamteam signing new players as a captain. Choose your soccer cards, level up and evolve your soccer heroes and score amazing goals in this manga soccer game!

Soccer Heroes emulates the classic soccer spirits in a new and original way. It’s based on cut scenes in which you see the player crossing the field, and you decide if you want to pass, dribble, or take a shot on goal. Your moves impact the results of the match on the field and the number of goals you score. Play as a striker, captain, midfielder, or defender in the most complete RPG soccer game ever!

Train hard to improve your skills and abilities! Recruit new football heroes and use your dreamteam special powers to score. Evolve & improve skills to win and reach the top of the international soccer scene! Who will be the best defender, striker, or goal scorer? Become the greatest captain in this anime soccer game! Launch your professional soccer career and become a star with the best football game ever!

Train & improve your skills
– Train and evolve your dreamteam throughout the game to be the best squad ever!
– Unlock unique powers, skills, and abilities for football heroes!
– Gain experience to level up your players and improve their magic skills.

Soccer manager with soccer cards
– Form your starting lineup with charismatic characters, each with special abilities and skills.
– Goalies, defenders, midfielders and strikers… All they need is a great team leader to become score heroes!

Offline & online
– Play soccer offline in the Story Mode: from humble beginnings to a world soccer star!
– Challenge players from around the world in the Online Mode.
– Special tournaments, championships, and cups with awesome rewards!

Mix of anime, strategy & fantasy soccer
– Choose wisely your next moves: Pass, dribble, shoot, score goals, hold your position, tackle and block or trap shots on goal!
– Defend, steal the ball, dribble the opponent, pass to a mate and score fantasy goals!
– A never before seen combo of anime, strategy and soccer cards! 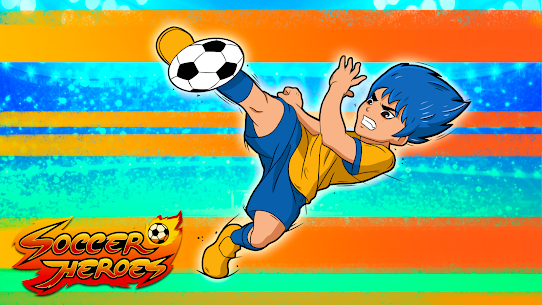 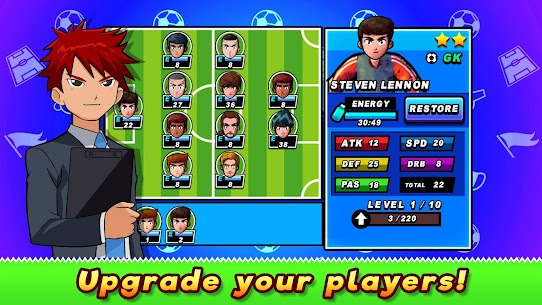 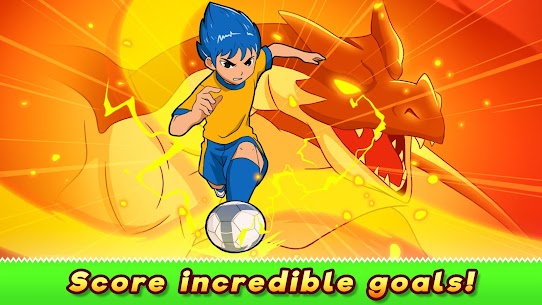 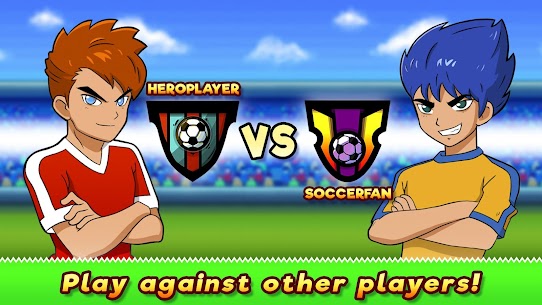 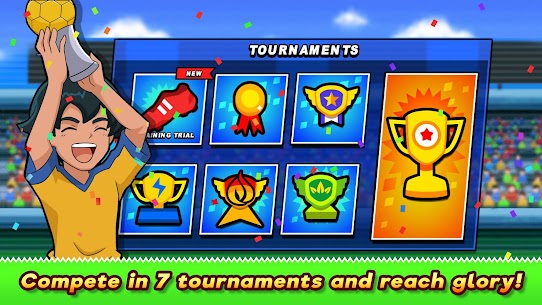 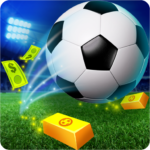 Soccer! Hero FROM THE BENCH 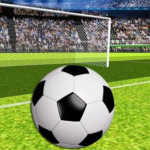 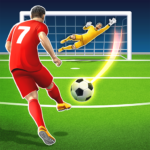 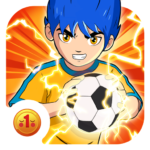